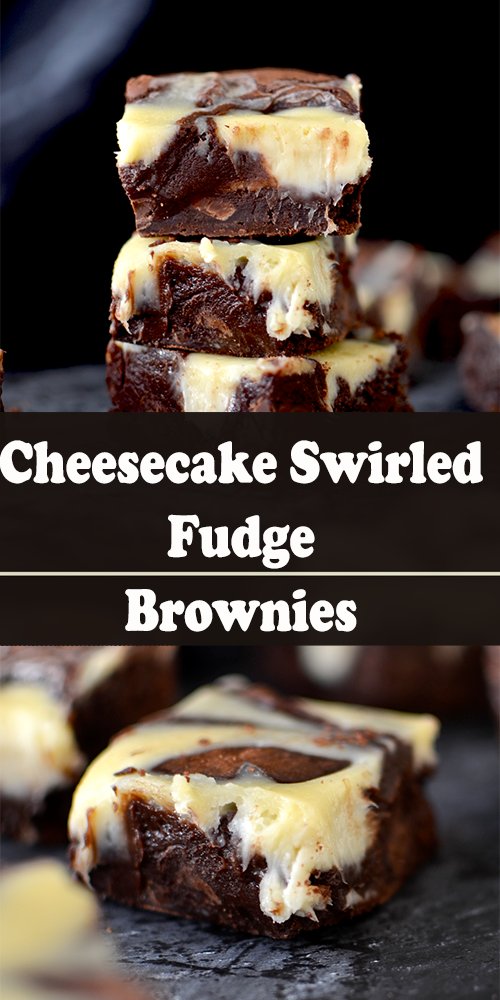 Fat, gooey, fudgy brownies marbled with beautiful swirls of rich, decadent cheesecake. Life does not get better than this, people.This is easily the richest, gooiest, recipe on my entire blog. And if you’re a regular here, you know… that is saying a lot.

Actually, this is an old recipe from my trusty arsenal. This post for Cheesecake Swirled Fudge Brownies contains some of the first photos I ever took that I was really proud of.

But though I may look at all the “photography successes” of my younger days (um… like everything previous to last year) down a snobbishly upturned nose, I at least have to give myself a little credit for the invention of these babies.

If you’re like me and you like the super gooey richness of a somewhat underbaked brownie, DO NOT CHANGE A THING ABOUT THIS FABULOUS RECIPE.

But. If you are a boring person and like your brownies to have a slightly less… raw quality, you may want to add ten minutes or so to the baking time. 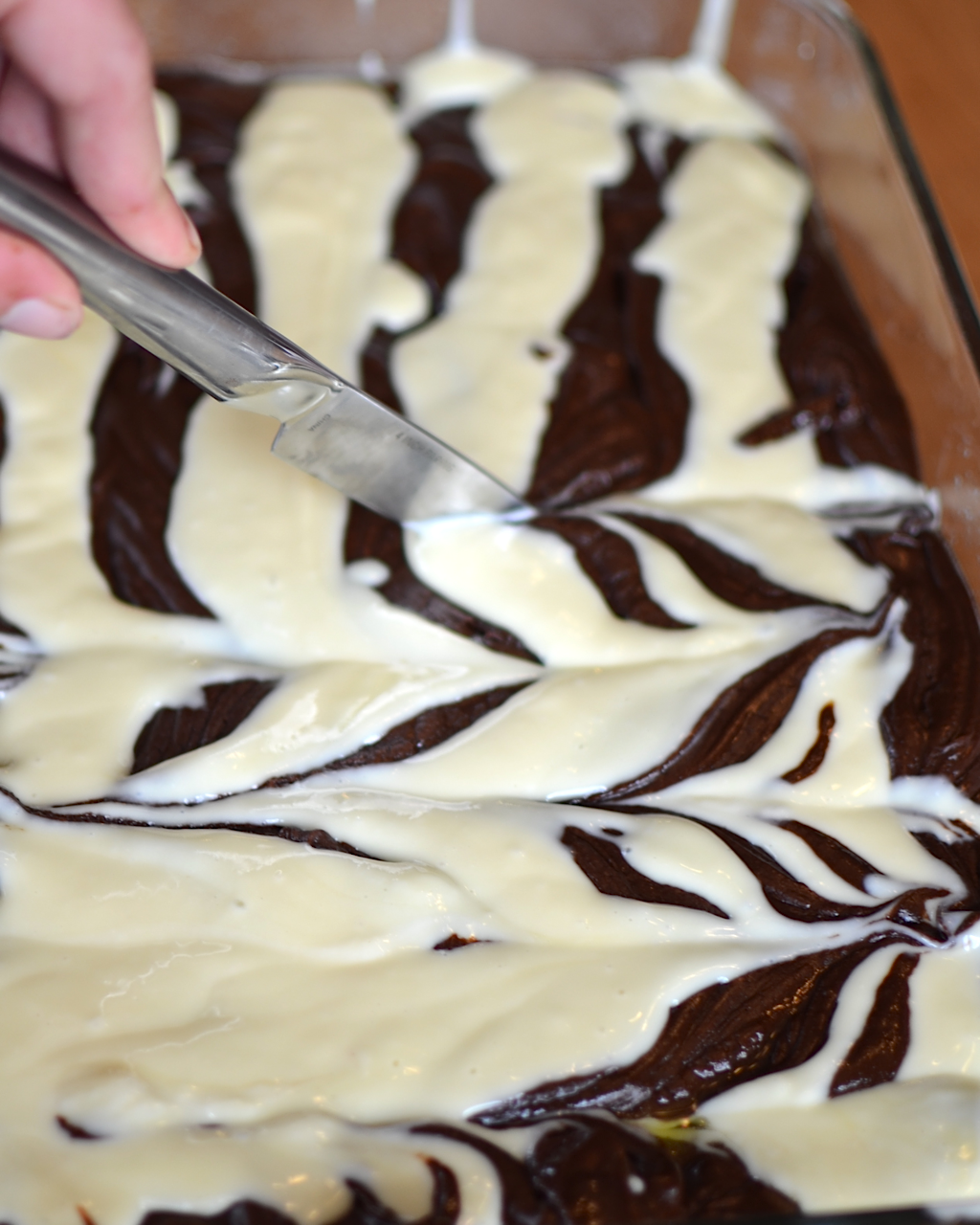 Also, if you did look at the old pictures I took of these brownies back in 2011, you may notice that the brownie batter looks super thick. Well, I don’t know why, but it just turned out to be less thick this time. I make these brownies all the time, so you would think I would know what the “normal” consistency of the batter is, but… I don’t.

Pretty much though, whatever the consistency is you’ll just want to dig one trench in the batter at a time to pour the cheesecake into. There’s no such thing as being too sloppy. It’s called rustic. 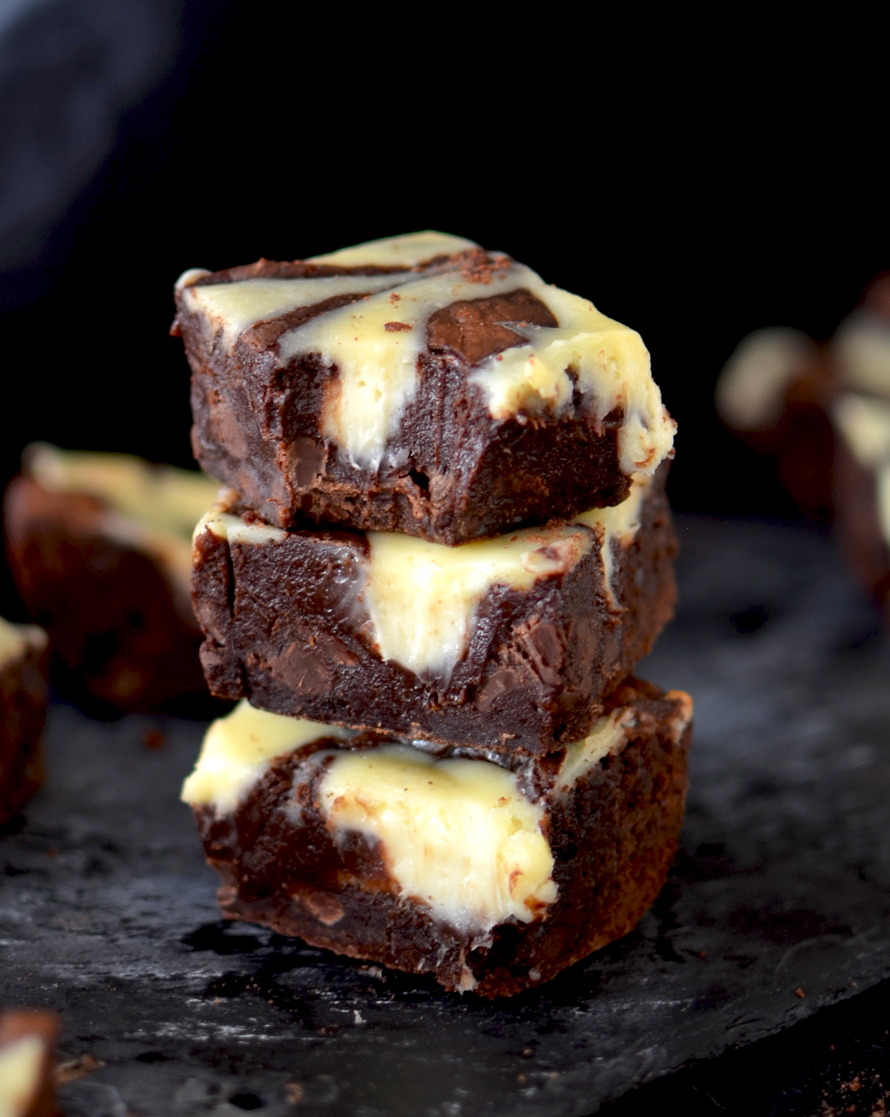