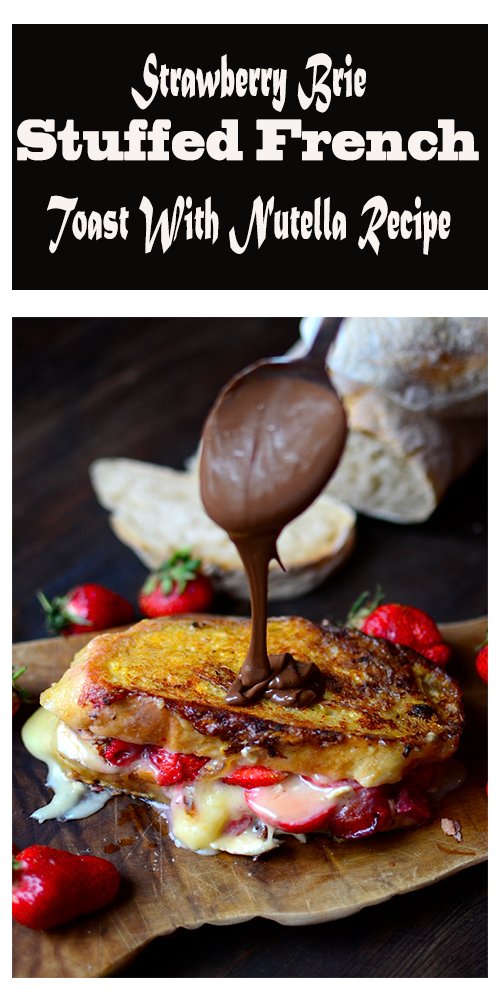 Greetings and welcome to another episode of “What to Bake with Samuel’s Bread”. This time I wasn’t even trying to get rid of the stale old stuff though. I was just really proud of these amazing baguettes he baked yesterday…

Just now, I messaged him this picture and he said, “Don’t post that.”

“It’s not worthy,” he replied.

Well, I beg to differ. I even tasted this baby (of course I had to spit my bite out and not swallow it thanks to my evil gluten hating intestines) and it was amazing. The slightly tangy and complex flavor, the chewiness, and the crispy crust were flawless.

So… sorry, Samuel. You have no choice but to bask in the glory and accept that you have become an amazing bread baker in the past months.

Oh, by the way, I actually have a hilarious story about my last post (you know, the Marshmallow Crunch Brownies).

So we had a friend over and I gave him a few brownies to take home with him on the train when he left because he liked them so much.

On the train, he was eating them, the marshmallow pulling away in strings of sugary gooiness (gooey-ness?) as he took each bite. He noticed a woman was staring at him.

“Excuse me, but where did you buy that?” she asked.

“Can I have some of it?” she asked, not seeming to mind that it was half eaten.

As soon as she tasted it she started dancing around in joy and asking what was in it and how it was made. Our friend said he had no idea, but he showed her my Facebook page where she could find the recipe. She thanked him and stowed the last bite of the brownie in her purse to share with her husband and son back at home.

Well, bold woman from the train, if you’re reading this, thanks for making my day.

Anyway, about this french toast. You all seemed to like my last strange pregnancy-brain flavor combo with brie cheese, so I decided not to fight it. Hopefully you aren’t getting too freaked out yet. I promise that my next post won’t be a watermelon and pickle flavored ice cream. I mean… I’m not promising. It just probably won’t be. But it might be. No it won’t be! I’ll control myself.

P.S. What do you guys think of the updated blog design? If you’re looking at this on mobile then don’t answer that because I know the mobile version still needs some work. I spent about 5 billion hours on it though so I hope you like it somewhat.