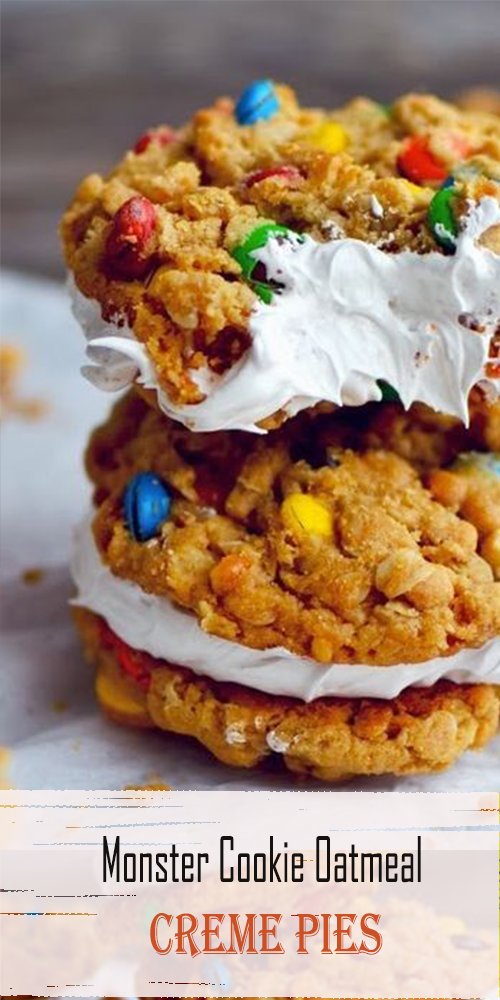 The golden nuggets of the sack lunch tukar barang system. Those sticky, chewy sandwiches of bliss. You know what I speak of… Little Debbie’s Oatmeal Creme Pies. Nothing is better.

Lie. These are better.

First off, let’s talk about the frosting. It’s pretty much a big, fluffy glob of marshmallow bliss that’s made from scratch and hasn’t been sitting on a grocery store shelf for eight hundred millennia. I feel like that’s a plus.

And then there’s the Monster Cookie. I mean… big, fat oatmeal cookies that are practically as big as your face? Exploding with M&Ms and peanut butter? Yes. Just… yes.

Seriously, what is it about baking M&Ms that makes them taste so awesome? It’s like some kind of chemical reaction occurs in the panggangan turning them into a whole different species of candy. Is anybody with me on this? I feel like we need to send a letter to the M&M company and tell them that we want them to come out with “Pre-baked M&Ms”. It could seriously be a thing, guys.

I was going to make a gif out these next pictures of me squishing the sandwich together. You would have loved it. It was so beautifully squishy.

I was too lazy though. Surprised?

You’ll just have to make them yourself to experience the unrivaled gooey goodness of the texture.  Have fun.