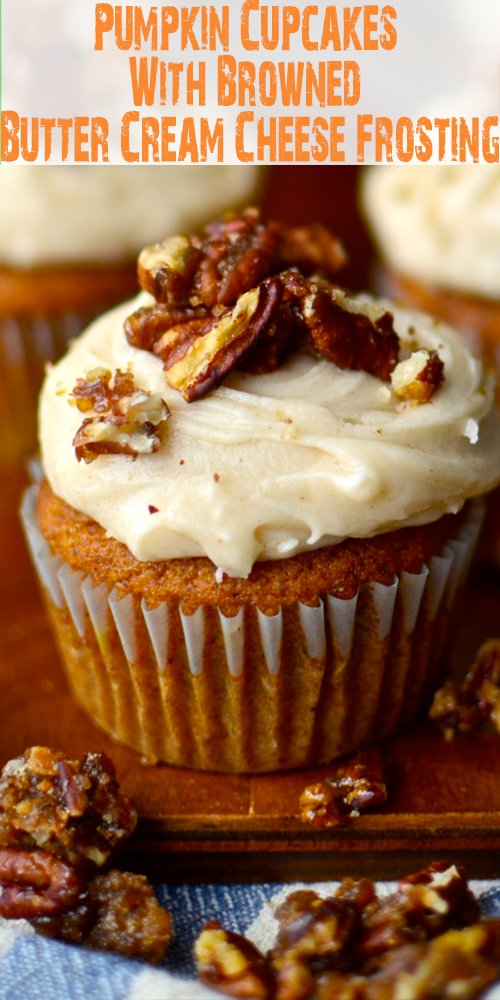 If these look familiar to you, then congratulations. You are one of my oldest followers. I made almost this exact same recipe way back in 2011 except they were sweet potato cupcakes back then. You know I promised I was going to be annoying and give you nothing but pumpkin recipes for two months though, so here you go.

You can rest assured that this recipe is tried and true and that I’m not kidding when I say they’re the most moist and delicious pumpkin cupcakes in all the land, because it’s based one of my all-time most popular recipes: Grandma’s Banana Bread Muffins. I’ve used this recipe for zucchini bread and carrot cake too. It’s pretty much the most versatile and foolproof recipe I know of.

One more cool thing about this recipe and then I’ll shut up and let you start baking. It’s really easy to make gluten free. I make this recipe gluten free all the time and it always turns out fab. You can check out the gluten free version on Yammie’s Glutenfreedom.