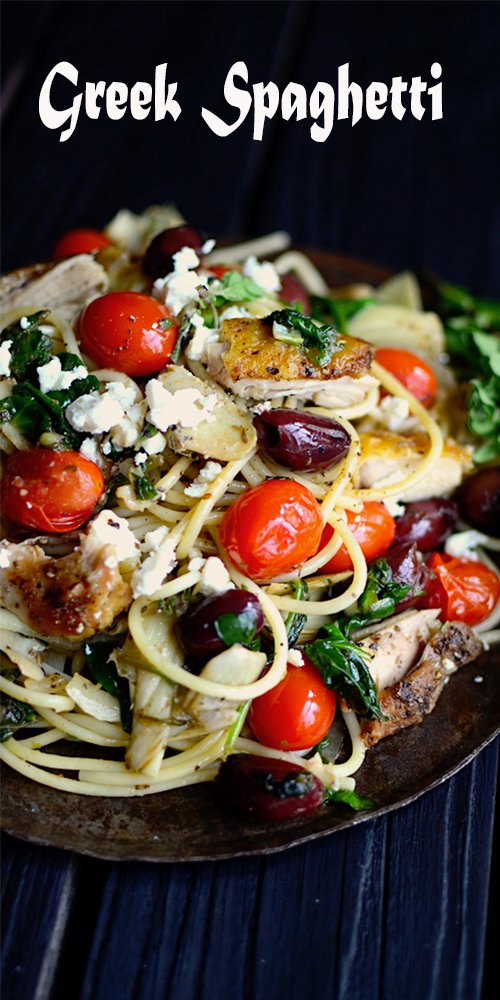 You know the feeling.

5 o’ clock is rolling on in and you still have no dinner plans. You look in the cupboard and find a box of spaghetti noodles.

“Hello, old friend,” you say to yourself.

You thaw a brick of ground beef in the microwave and get out the familiar can of Ragu (or Prego! I don’t mean to offend the other party).

Well, this spaghetti is for one of those nights. Only instead of ending the meal saying, “Well, I am no longer hungry,” you will begin dancing and singing for joy at the amazing sensations that your palate has just experienced.

So, get ready to change your life by always keeping a jar of Kalamata olives and artichokes handy. This one is about to become a regular.