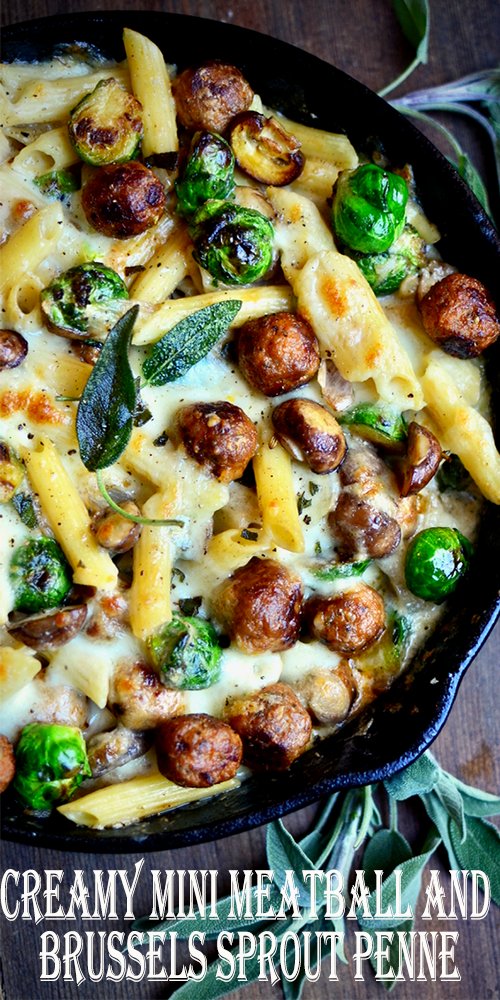 When you’re preparing to move across the Atlantic Ocean in less than a month and working on cramming all of your life’s possessions into one suitcase every day between your baby’s diaper explosions and sporadic naps, sometimes the only thing standing between you and complete insanity is a big, cheesy pan of creamy pasta.

And when I say you, I actually mean me.

We are sure going to miss Berlin. It really has become home, and always sort of will be since it was our first home together. It’s going to be a huge contrast moving from Berlin, Germany to a small town in Michigan, but I think it’s going to be a good change. As much as we love the excitement of the big city, I think (and hope!) that we are still small town Americans at heart.

With all of this hectic stuff going on, only the quickest and easiest dinners will do.

I know this pasta looks really gourmet and complicated and stuff (or maybe I’m just flattering myself??), but in reality it’s really easy to make.

I have always been a meatball freak, which has been one of the greatest downfalls of being gluten free. I have to make my own homemade gluten free bread, turn it into bread crumbs, chop a million onions and garlic and herbs, and end up with a bunch of broken pieces of meatballs that didn’t even stick together??? (Not that I’m speaking from experience or anything…)

All I wanted was to warm up a frozen bag of Sam’s Club meatballs for dinner.
Until, one day, I decided to make the easiest meatballs ever. I just used some rice flour instead of breadcrumbs. Worked great. Then I decided to make a small batch so that they wouldn’t all get broken when I try to cram too many huge meatballs into a pan. Plus I mixed the meat together in the pot that I cooked the noodles in so I wouldn’t have an extra bowl to clean. Pretty genius, if I do say so myself.
After I had the meatballs down, I added some crispy brussels sprouts, buttery onions and mushrooms, and some fried up sage, threw in some creamy white wine sauce and broiled some fresh mozzarella on top. As soon as I tasted my creation, I immediately wrote down the recipe and sent it to my sister before I could forget what in the word I did to create my new favorite pasta.
Share on: Twitter Facebook Google +
Creamy Mini Meatball And Brussels Sprout Penne | admin | 4.5