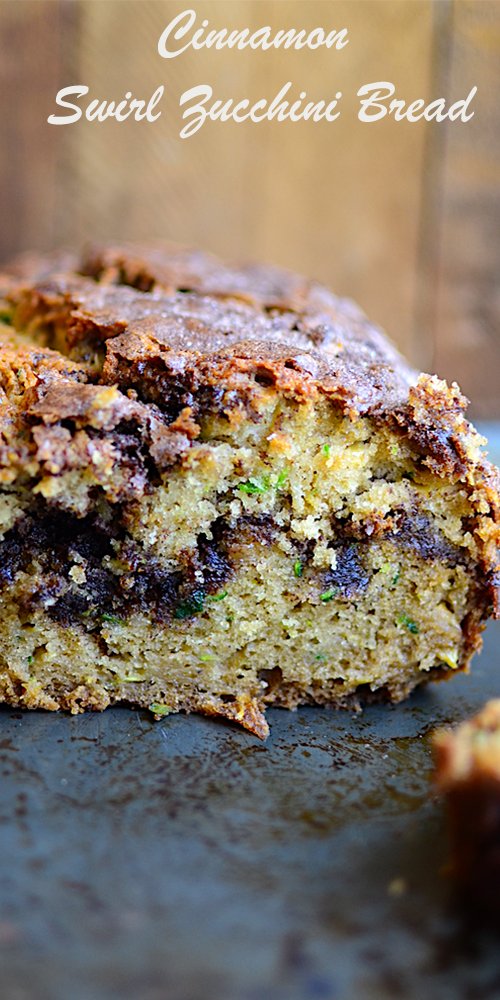 I was startled, shocked, and chagrined to find just now that I have not given you a new recipe for 1 1/2 months (!!!!!). I thought it had just been a couple weeks, probably because it has just been so crazy and hectic around here all summer. We’ve had Samuel’s brother’s wedding (which I made the cake for), my brother’s wedding (which we both stood up in), our wonderful up North vaction (off the grid, so I do have a valid excuse!), and my family coming to visit here and hang out on Lake Huron with us.
So basically this summer has been just like a summer should be, full of family, lakes, and weddings, and now, as August has arrived, zucchini.
The truth is, I bought these zucchinis at Walmart non-locally, but I needed to perfect my recipe for when I can get to the farmers market and stock up on the fresh stuff. The good news is, I did in fact perfect my recipe.

I’ve been trying to come up with a good cinnamon swirl recipe for a long time. I wasn’t picky, it could be coffee cake, muffins, banana bread, whatever. I just wanted a big, fat, goopy cinnamon swirl. No faint lines of cinnamon. Not a big fat mess of cinnamon that sinks to the bottom and sticks to the pan. I wanted something perfect. Sort of like what you see in these pictures. Well, exactly what you see in these pictures.

Best part (for me anyway) is that you can make this with gluten free flour too and it’s fabulous. Enjoy!