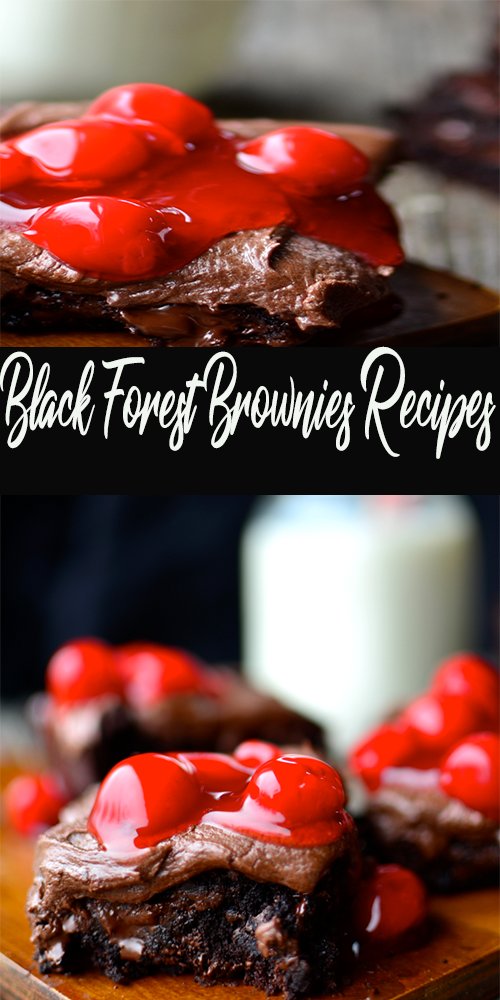 You may be squinting your eyes scrutionously at these brownies thinking to yourself, “Where have I seen those chocolatey squares of goodness before?”

Allow me to jog your memory.

It’s true, these are the same brownies I posted just a couple weeks ago. As I was photographing them, I saw a half eaten can of cherry pie filling sitting on the counter (don’t ask) and decided to throw some on.

And there you have it, black forest brownies. Based on the wonderful black forest cake, or as it is known in the land where it originated, SCHWARZWÄLDER KIRSCHTORTE. Sorry, I feel like I have to yell when I’m speaking in German.
Speaking of Germany, in a few weeks, I am going on a trip to Berlin (!!!!!!!!!!!!!!!!!!!!!!!!!).  And I’m not actually going for the sole purpose of having an authentic schwarzwälder kirschtorte as you may have assumed. I’m going to visit my boyfriend. I just had to delete about fifty adjectives I had in there before boyfriend, because he’s probably reading this and I don’t want to embarrass him too much, so let’s just leave it at that.